Has anyone told Microsoft it’s a distant third in the smartphone race? With two new Lumia phones, accessories for screencasting and wireless charging, and a major software update designed to fix one of the Lumia line’s key flaws, Microsoft is acting like a frontrunner, not an also-ran. The new Lumia 830 and Lumia 735 phones address holes …   Read More

Has anyone told Microsoft it’s a distant third in the smartphone race? With two new Lumia phones, accessories for screencasting and wireless charging, and a major software update designed to fix one of the Lumia line’s key flaws, Microsoft is acting like a frontrunner, not an also-ran. 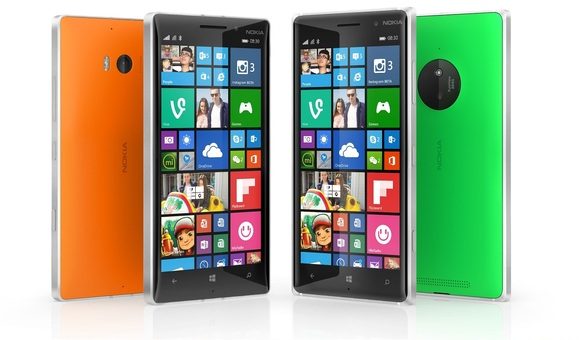 The new Lumia 830 and Lumia 735 phones address holes in Microsoft’s product offerings, while two new mobile accessories—a wireless charger and a screencasting dongle for Lumia and Surface devices—will give Windows owners something to brag about.

Even the upcoming Lumia “Denim” software update is a welcome surprise, promising to help eliminate the shutter lag that has plagued the otherwise excellent Lumia smartphone cameras. Denim also promises to make the Cortana digital assistant even more responsive with active listening.

Microsoft’s Ifi Majid, head of experiences marketing for Microsoft’s Devices Group, capped it all off with a pledge: Microsoft’s products, not partner products, will become the company’s top priorities. In essence, while we’ll continue to see great third-party software like Office for iPad, Microsoft’s internal priorities are shifting to promote Microsoft hardware as the premium platforms for Microsoft’s best coding efforts.

“People can have access to information and content that’s relevant to them wherever they are, no matter what they’re doing, to get things done and become more productive,” Majid said. “But while that kind of content and information can work across many different devices, it’s better on Microsoft devices.”

On Thursday, Microsoft revealed three new phones: The “affordable flagship” Lumia 830; the selfie-friendly Lumia 735; and the Lumia 730, a dual-SIM version of the 735 that’s only relevant in overseas markets. All will roll out this month. In some ways, the significance of the new Lumia phones pales in comparison to the accessories and software updates Microsoft is rolling out. Nevertheless, the new hardware will be your admission ticket to Microsoft’s services.

Behind the phone is a 10MP PureView camera with optical stabilization. One of the odder choices Microsoft made with the phone was to tack on a 1MP front-facing camera, which is somewhat underwhelming.

On the other hand, the new Microsoft Lumia 735/730 makes selfies a priority. It features a 5MP front-facing camera, improving the quality of images and Skype calls, and Microsoft will toss in a three-month free Skype Unlimited World subscription to persuade you to make Skype calls on the go. On the back is a 6.7MP f/1.9 camera.

Those batteries, by the way, can either be charged via the traditional method or via a compatible Qi wireless charger. Which Microsoft just happens to offer, of course.

Don’t expect either the Lumia 735 or 830 to sit at the high end of the market. Remember, Microsoft’s push is to increase the reach of Windows Phones through moderately priced, mid-range phones, while letting companies like HTC migrate their flagship phones to Microsoft’s mobile OS.

One of the design goals Microsoft hoped to accomplish with the Lumia line, Majid said, was to eliminate banal, repetitive tasks that detract from the smartphone experience. Fumbling around for a charging cord is one of them.

The Nokia Wireless Charging Stand DT-903 (59 euros, $78) connects via the Qi charging standard, but with some nifty Lumia-specific improvements: It will wirelessly connect to your phone via Bluetooth, and then flash when your phone’s battery goes too low. It can also dim at night, Majid said. (This is actually Microsoft’s second wireless charging plate, if you count Nokia’s DT-910 charging stand for the Lumia 920.)

Microsoft’s awkwardly named Screen-Sharing for Lumia Phones HD-10 (79 euros, $104) is much more intriguing. For the last year, Android phones and tablets have been able to beam content through the air to TVs via Google’s Chromecast dongle, either screencasting whatever is on the mobile device’s display, or by tapping directly into apps like Netflix.

The HD-10 lacks the nerdy elegance of the Chromecast, which plugs directly into the HDMI ports of TVs and displays. Instead, the HD-10 is essentially a hockey puck that connects to your TV via an HDMI cable. On top, a removeable NFC token (which looks remarkably like a drink coaster) identifies your phone to the HD-10, which then beams whatever’s on the phone’s screen via Miracast technology. The HD-10 will also work with the Surface Pro 3, allowing it to screencast web apps like HBO Go, which Windows Phone doesn’t yet support.

Normally, a substantial update like Denim—coming to the Lumia 930, Lumia Icon, Lumia 1520 and Lumia 830, all in the fourth quarter—might justify its own, separate announcement. It’s looks to be a significant improvement for recent Windows Phone buyers, and not just folks interested in the new 830.

Basically, Denim will consist of two components: improvements to Cortana and a dramatic boost to the camera capabilities of the Lumia line.

With Denim, Cortana will officially move out of beta within the United States, and also move into three new territories: Australia, India, and Canada. Denim will also tie more tightly to apps, giving Cortana the ability to “Skype Jim” or order up an Audiocloud music stream.

The most dramatic improvement to Cortana, however, will be active listening, which is the flagship feature of the Moto X in the Android world. With active listening, Cortana is always listening for the trigger phrase “Hey Cortana,” even across the room and without the need to touch the phone. After the trigger phrase is spoken, Cortana can be controlled normally for tasks like setting a reminder, asking a question, or launching an app. Battery life will undoubtedly take a hit, but Cortana will become more of a true digital assistant with this new trick in her arsenal.

If there’s anything I don’t like about the Lumia cameras, it’s the noticeable shutter lag—over 1.5 seconds without prefocusing. That’s fine for shooting a landscape or still image, but trying to capture that moment of a bounding dog or crawling toddler is nearly impossible. The upcoming Denim update promises to help change that.

Microsoft’s Majid promises the updated Lumia camera software will improve shot-to-shot performance dramatically, as well as cut the time the software takes to launch the camera. Denim will also allow the cameras to continually autofocus, reducing the pocket-to-shot time. Any image processing will be done in the background, freeing the camera to shoot again and quickly.

Microsoft also promises image quality improvements, including the ability to shoot better images in low light. Here, the standout is what Microsoft calls “Rich Capture,” an app that shoots the same image a few times using different exposures, with and without a flash. Users can then adjust the exposure after the fact, using a slider. Think of Rich Capture as an adjustable, post-processed HDR shot. This could well be the highlight of Denim, at least from an imaging standpoint.

Finally, a long press of the camera button triggers a [email protected] video mode called “Moment Capture,” which grabs individual frames of 8.3MP apiece. This allows you to forget burst shooting. Instead, just dump tons of high-quality images on your phone, all stored as video, and pick the best shots later.

If you don’t own one of the smartphones above, don’t worry too much. Denim will be rolled out to all Windows Phone 8 smartphones, presumably even the new HTC One (M8)—subject to carrier approval, of course.

Here’s the bottom line: Microsoft refuses to let Windows Phone die because of a lack of attention and innovation. Microsoft wants you on Windows Phone, and Thursday’s announcements are its way of proving it.

A Definitive Ranking of Kim Kardashian's 12 Most Ridiculous Outfits
Previous